View cart “3 Wisemen” has been added to your cart.

At the end of the summer season last year, we promoted green tea extract in a detailed blog post heading in to the colder months.  People tend to run out of energy and put on a few extra pounds when the winter months come around so there is a noticeable increase of green tea consumption throughout the nation heading in to October and November.  Sales seem to plateau and pick back up around April, as the warmer months are coming back.  The change in season and green tea extract consumption rates relate so closely because people are first, panicking and trying to prevent the weight gain that seems to come with winter, and then second, trying to get back in to shape for bathing suit season!  Well, it’s that time of year for the latter and in preparation for that, we want you to be aware of the potential green tea extract side effects…

We know… it’s almost hard to believe that something so natural, void of human synthetics, would come with a plethora of side effects [1].  I mean, seriously.  When was the last time you stopped in a Starbucks, ordered a tea, and stopped for a second to think about how this tea could negatively affect you?  You haven’t because that would be insane.

The truth is, high levels of green tea consumption and green tea extract CAN have undesirable side effects.  Let’s take a look at the 5 most worrisome first!

Being honest, it’s super unlikely you’re going to experience any of those nasty side effects.  The more common, less concerning side effects include headaches, nausea, and insomnia but even those are fairly uncommon or pass within just a few days of supplementation, once your body is used to it.  If you have more questions or concerns about your specific scenario, it’s always going to be best to reach out to your doctor.  Make sure you do some more research so that you understand it’s not all doom and gloom [6]! 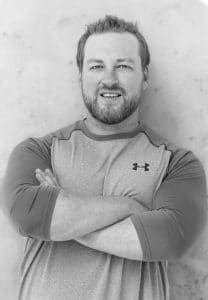